Learn to Negotiate a Car Deal

Membership
$0 for a limited time
Join

Hourly
$ 99 per hour
Get Started
Popular

You're not the first to ask. We're unique.

Are you a broker?
No, a broker will typically work with dealerships they have relationships with. They get paid inside of the deal. We are not brokers and the only compensation we receive is by our clients. We NEVER accept kickbacks from dealerships, finance companies, or anyone else. This allows us to truly have our clients best interest in mind.
Does Your Car Buying Advocate save you money?
We make no claims of saving you money, like many other car buying services will claim. You can get the same exact deal we can get if you know what we know and negotiate the way we do. Buying a vehicle is a complicated transaction and most consumers do not have enough experience and don’t have enough knowledge to negotiate effectively.  We believe we save our clients money and they believe we save them money (read our reviews) but there is only one way to know how much we will save you.  You’d have to get your deals in writing by contacting multiple dealerships and we would have do the same thing, then compare them. Doesn’t that defeat the whole purpose?  Our clients don’t hire us just to save money. They hire us because they don’t have the time or just don’t want to do it themselves. We advocate for our clients from the moment we take you on all the way through to the finance office.
How does this save me time?

Why do you charge an upfront fee?

We put in a lot of work. Unlike other “free” car buying sites that are nothing more than lead generation tools for car dealerships we know you have to negotiate your deal in a specific way. One part at a time. The sale price is only one part of the deal. This process takes time. You pay us for our time and knowledge and trust that we have your best interest in mind. You pay us because most online car buying services are actually working for their customers which are the dealerships that pay them. We only get compensated by the consumer which allows us to actually work in your best interest.

Can you negotiate a lease?
Yes. Leases are actually complicated transactions if understood properly. You should also evaluate whether leasing or buying is the best financial and lifestyle choice. Sometimes it makes sense for a person who tends to trade in every three or four years to lease. Sometimes is would be senseless for a person who keeps their vehicles until the wheels fall off. There are many scenarios to consider and we’ll help you do that.
Do you have an advocate in my area?

We advocate for clients in all 50 states no matter your location. Negotiating over the phone is the most effective way to do it. There is no need for either of us to negotiate at the dealership. We often do Zoom calls with our clients to personalize our service.

If I qualify for a supplier discount or another pre-negotiated deal such as AAA, Costco, Credit Unions, or TrueCar should I still consider using Your Car Buying Advocate?

Although those discounts are almost always ‘fair’ deals, they are seldom ‘great’ deals. The price of a vehicle is only one part of the car deal. There is a lot of money to be made on financing and other items. Dealerships often say there is no negotiating those types of deals; this isn’t true. As a prior salesman, I’ve witnessed folks who don’t qualify for discounts who get better deals than those who do have discounts. The last thing dealerships want you to do is contact multiple dealerships to make them compete. That’s the key to an awesome car deal.

Why should I use your auto buying service?

Also known as a car buying concierge, here are a number of reasons to hire us:

Don’t have the answers you need? Contact Us for more information and a free consultation! 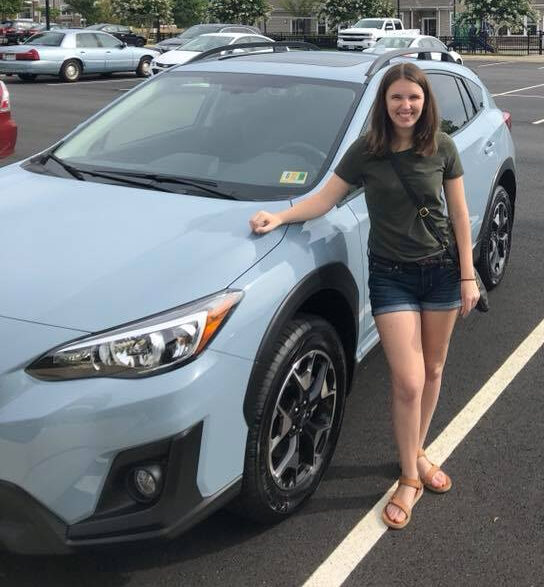 CAR BUYING DOESN'T HAVE TO BE A PAIN

Don't want the hassle? Don't have the time?

Our auto buying service negotiates with dealerships because you don't want to.

Let's see if we're a good fit. Schedule a call to find out.

Trust what our clients say... 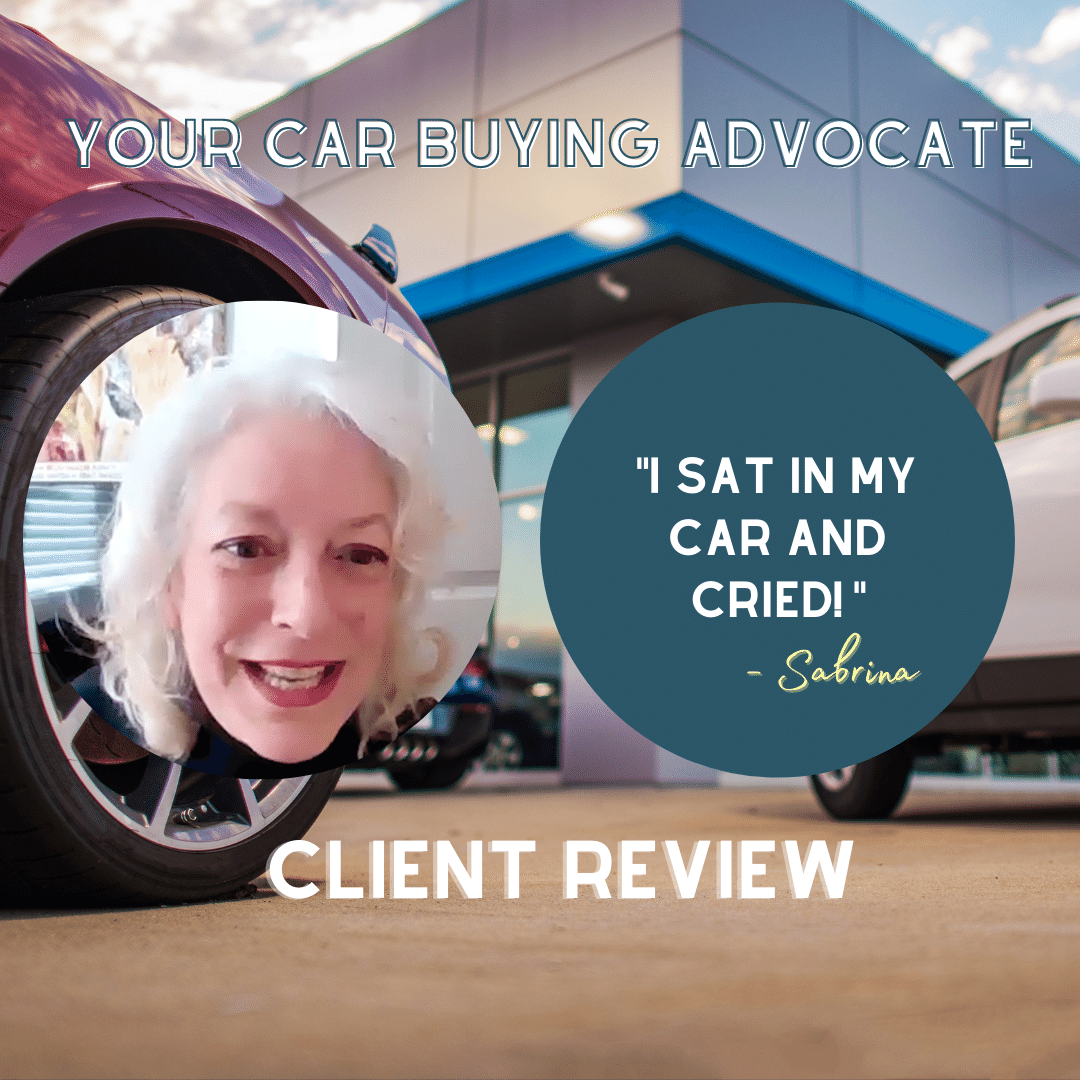 If you don’t have the time or don’t like the car buying process, you can trust us to do it for you.

Cessly Hotard
00:06 21 Aug 22
Joe was fantastic from atart to finished. He helped me with every question and was there any time I need help. He scoured the US for me, finding exactly what I want. I highly recommend this service.

Mark Anthony S. Cruz
05:26 11 Jul 22
I've been a fan of Chevy Dude on YouTube, and during one of his segments on buying a 2022 used car, YCBA (Your Car Buying Advocate) was mentioned. I was delighted to find out about this type of service. I checked it out and spoke to Mike, telling him details of what I was trying to accomplish. In a highly challenging market, I was referred to YCBA's named Mark. I gave Mark the assignment of locating a low-mileage quality used car in one week. He achieved this in only three days (with only 800 miles)! I was impressed with his honest feedback (especially when he told us that it's impossible to get a new car within our timeline), responsiveness, and professionalism. I would utilize his services again.Thank you again, Mark!

Frank Lopez
03:18 09 Jul 22
Mike, made this happen, kept me informed, did all negotiations, when vehicle arrived and ready for pick up was only at dealer for 1.5hrs the quickest ever. everything we wanted he made it happen.Thanks again

Capture His Honor
23:08 26 Jun 22
This is my new 2022 Kia Telluride SX Prestige parked in front of my local dealer who would not deal (pls note their empty parking lot). Maybe the most difficult vehicle to locate in America. My salesperson refused to return my calls and texts. Mike and Martin are the real deal. Very professional, courteous and they deliver! Their fee is but a l fraction of what it would cost to buy locally. In fact, I just couldn't help myself, so I gave them a big tip. They earned every penny! Google needs to come up with a 6-star rating. Randy Cyr, veteran and entrepreneur (34 years). Semper Fi!

David Sackett
19:17 19 Jun 22
Professional. Experienced. Knowledgable. Outstanding service. 2019 Cadillac CTS V-Sport Premium Luxury. I had been looking for a very particular model and version of this car. After a couple of months of searching I realized I needed some assistance to find the exact car, which likely would not be found locally. I found Your Car Buying Advocate online, read the reviews, and decided to call them. Mike, Martin and I had a call to discuss what I was looking for, and what our shared expectations would be. We agreed that we were a great fit. Martin helped my find the perfect car out of state. Martin handled all of the dealer negotiations on my behalf. They referred e to a transport company, who delivered the car to my door at a very reasonable cost. Martin also researched and advised me with the best way to sell my 2011 Cadillac CTS. From start to finish Martin successfully managed a great purchase. He was always available for my calls or texts The best car buying experience I have had.

Tony Tilleskjor
21:53 05 May 22
Recently worked with Mike to find a Jeep Grand Cherokee L in a very specific trim with the rare V8, and he was able to find a source a good deal in just a couple of days, and negotiated a price myself and my wife were very happy with. Thanks for the help Mike - the Jeep has been great so far!

Mike Stewart
04:30 03 Apr 22
After a frustrating experience test driving 3 different new cars, I just gave up & went home. There had to be a better way, an independent consultant to take over my headaches and find the perfect 2022 car for me. After a quick search I found Your Car Buying Advocate! A free no pressure call and they took it all over! I relaxed while they did all the leg work finding a car based on my exact needs. 6 days later and I closed on the perfect car only 20 minutes away! Thanks Mike & Joe!

R Turner
19:40 12 Jan 22
Mike helped my wife and I locate and purchase an out-of-state, 2020 Sienna earlier this year, and I’m 100% convinced that Mike saved us hundreds between the trade-in and the financing. We had issues with the dealership, but Mike was invaluable as our voice. He uses car dealers’ own tricks against them, got us more for our trade-in than I would’ve been able to, and got a financing rate that was lower than my credit union’s best rate. I will 100% be using his services again.
See All Reviews